As part of its plan to significantly develop its logistics services activities, the Bert Group has decided to supplement its WMS offering with the Reflex WMS warehouse management software package.

Hardis Group, a consultancy firm, digital services company and independent software vendor, announces that the Bert Group has chosen to deploy its Reflex WMS warehouse management software package to support its growth and the development of its customized logistics services. 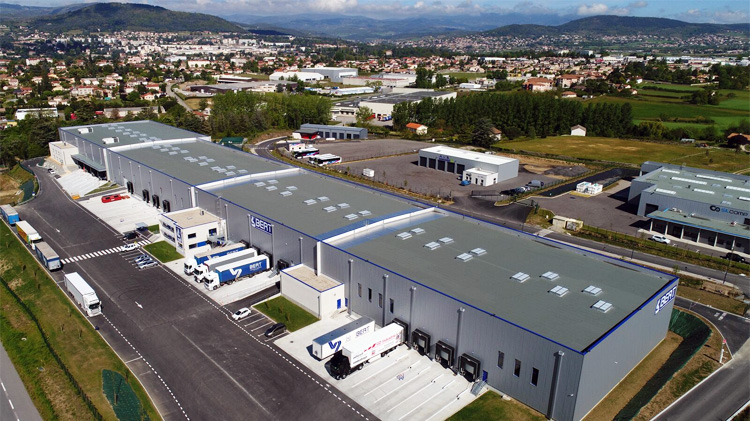 A new WMS for logistics development

The Bert Group was founded in 1964 by the Bert couple, then dealing in sales of materials. It quickly began to specialize in transport, before expanding its activities to logistics services as of the 1980s. Still independent today, and owned by senior executives after two LBOs, the Bert Group has 1,000 employees and 30 warehouses covering a total area of 200,000 m², mainly along the path of the river Rhône, in the north of France, and in the Tours and Orleans regions.

Among the strategic areas defined in its 2021 plan, the Bert Group is keen to develop its logistics services: at 10% today, the proportion of logistics in the group's overall activity should have reached 50% by 2021. To support this strong organic and external growth, as well as its diversified logistics offering, notably to include e-commerce, in 2016 the Bert Group decided to complete its warehouse management software package, consisting of its two historic WMSs, with a recognized solution on the market. A call for tender was launched to select a more efficient WMS, able to meet with the specific demands of the sector and those of a more demanding customer target.

The group then set out to define its current and future needs in detail, and to draw up a detailed, comprehensive set of specifications. The consultation began in late 2016, and when it was over the project managers and group management opted for Reflex WMS on account of its functional coverage, its reputation and its many references. The meeting with Hardis Group staff and the involvement of its consultants, particularly during the design workshops, also contributed to the choice of this solution. "We wanted to make sure that the chosen solution and its publisher would be able to provide support for our long-term commitment to significantly strengthening our logistics business. At the end of the day, being able to have a solution in hosted mode convinced us", says Eric Cabaillé, communications director of the Bert Group.

In the spring of 2017, the Bert Group launched the project to deploy the Reflex WMS solution, with functional design workshops, training, and defining the technical architecture and the deployment schedule. The initial phase, which will extend until the end of the third quarter, will concern a 20,000 m² warehouse. The solution will then be gradually deployed in two other warehouses by the end of the year, with the aim of managing high value-added services with Reflex. Mechanized warehouses, especially for textiles and e-commerce, will be equipped as a priority during the second deployment phase.

For the Bert Group, Hardis Group's support for change is a real plus to facilitate the implementation of Reflex, especially the training of field agents, and the help provided during the switchover to Reflex. "The new solution has been very positively received: expectations in the field are many and initial feedback is satisfactory, which suggests we made the right choice and reassures us about the ability of Reflex to support the significant development of our logistics business", concludes Eric Cabaillé.